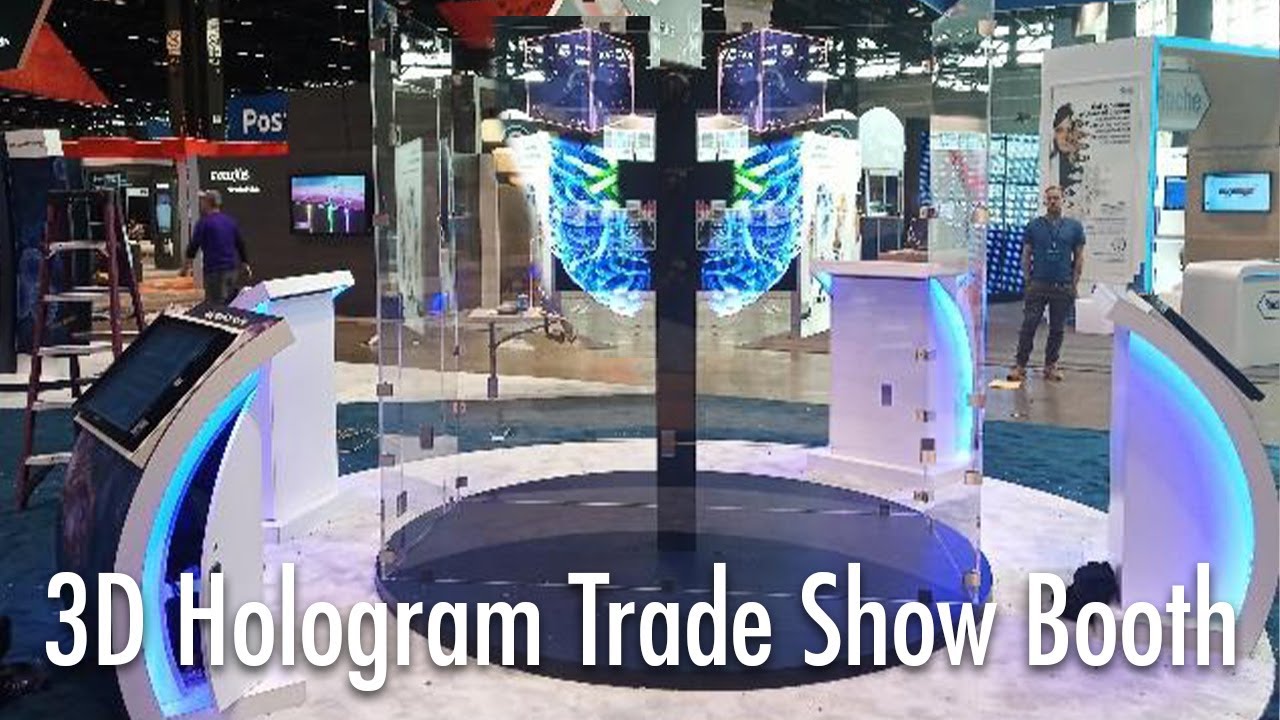 Drugs and pharmaceutical trade shows are known to feature some of the most exciting booths in the exhibit industry.  Faced with a usually sophisticated and highly sought-after audience,  exhibitors often want to fully utilize the latest technologies available in order to grab visitors’ attention.  For the 2019 annual meeting of the American Society of Clinical Oncology in Chicago (ASCO 2019), airborne visuals was tasked with fabricating a display for the existing AbbVie exhibit. The goal was to add an “attention-grabber section” featuring the stunning 3D medical animation created by London-based Random42, one of leading scientific 3d animation creative agency.

The above diagrams show how the fans are mounted on a wall following a precise pattern with a slight overlap. Once the media box is loaded with 3d video and the fans activate, each LED fan start projecting the video onto the rotating blades, displaying a full scale 3D Hologram animation.

Instead of a solid backwall, we built a free standing “tree” structure allowing the Hypervsn™ wall fans to be mounted on each side. We then built a 9’ circular platform in laminated wood to support the tree and allow room for cable management. We also created an 8’x8’x4’ transparent encasing using large ½” plexiglass panels connected by chrome hardware so as to prevent anyone from getting hit by the rotating fans… yes, these can hurt.

Holographic display turned some heads at ASCO2019… Moving on to EHA congress in Amsterdam !

Once fabricated, the 3D display was delivered and assembled at ASCO 2019.  The installation was then completed by Random42 and Hypervsn engineers who loaded and tested all digital contents on the holographic devices.  The large scale 3D video came out beautifully and became one the main attention at the show. Meanwhile, we were already working to provide another holographic display for the 24th EHA Congress (European Hematology Association) in Amsterdam.  With its French-born founder , Airborne Visuals has established partnerships in Europe and we could quickly have a second similar display fabricated and installed at the RAI Congress by one of our partners in the Netherlands.

Click to watch a video of the LED Wall Booth at Las Vegas Mandalay Bay for Exhibitor Live 2019. 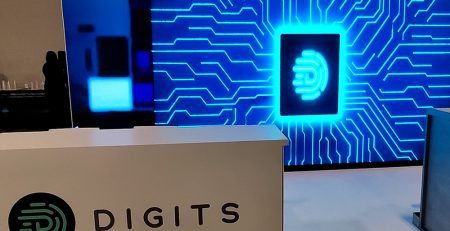 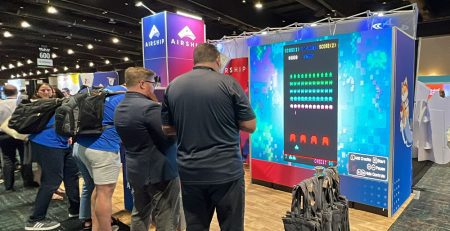 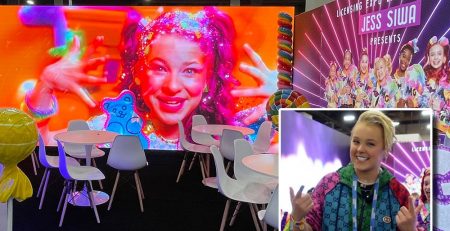 Jojo SIWA and XOMG POP! were at the... read more 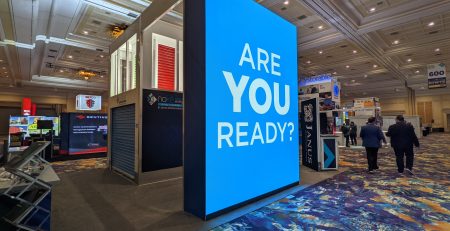 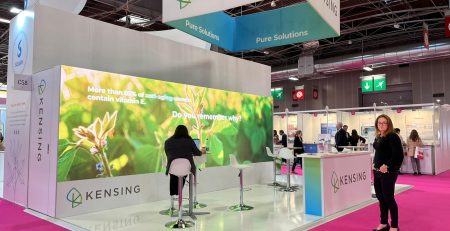 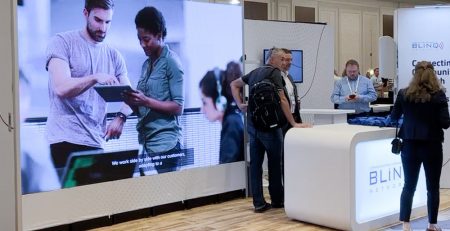 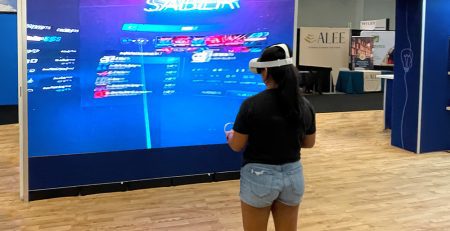 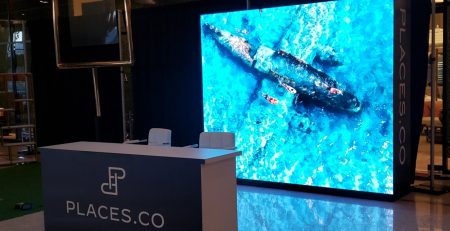 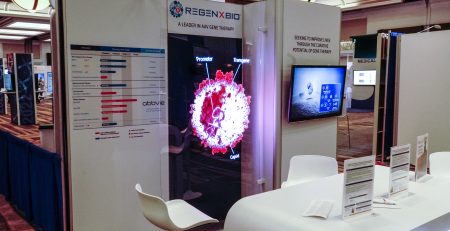 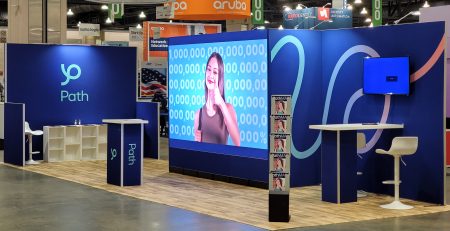